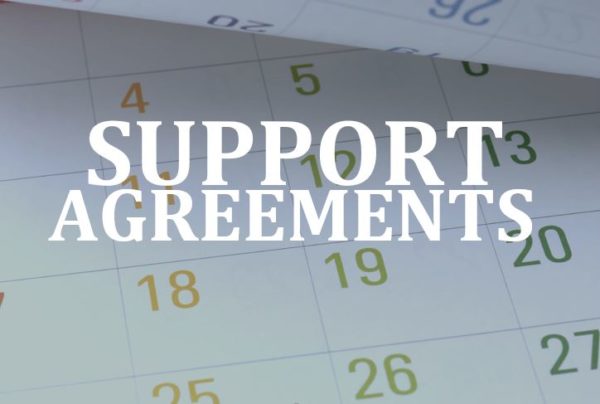 A twenty-year-old cohabitation agreement could be problematic (and risky)

A guy has an acrimonious split from a former partner and wants to ensure he doesn’t have to go through it again. So when he and his girlfriend move in together, he has her sign a cohabitation agreement which says that neither party will seek spousal support in the event of a split. She doesn’t scrutinize the document and doesn’t get independent legal advice (and you know how we feel about that).  But it seems relatively harmless – both people are employed and think the idea of spousal support is irrelevant anyway.

Six years later, the couple gets married, and they have 2 children. Ten years after that, they decide to divorce – and that’s when the cohabitation agreement becomes more problematic.

In court, the wife sought to have the contract set aside, claiming it did not meet the objectives of the Divorce Act.  The Court of Appeal for Ontario, however, upheld the two-decade-old cohabitation agreement that barred either party from making a claim for spousal support.

But the unanimous three-judge panel of the province’s top court found no errors in the trial judge’s decision declaring the agreement in “substantial compliance” with the Act.

“[The wife] has shown no error of law or misapprehension of fact on the part of the trial judge,” the panel wrote in their Oct. 2 decision. “The findings and conclusions of the trial judge were open to him on the evidence and are entitled to deference from this court.”

How would independent legal advice been helpful in this case?

Even though the agreement seemed equitable at the time, an independent counsel probably would have recommended putting a time limit on the spousal support waiver, especially if the relationship looked to be stable and long-term.

It’s almost impossible to anticipate or predict what will happen between a couple over the course of 18 years (in court, the couple said they’d been in a relationship for 18 years at the time of dissolution of the marriage). For either party – male or female, primary earner or not – it’s reckless to sign away your right to support in perpetuity. Putting a time limit on the spousal support waiver indicates your intention to keep things ‘fair’ without closing off options should circumstances change substantially in the future.

In this case, the court determined that while the wife was entitled to child support in accordance with Ontario’s guidelines, there was no spousal support obligation on the part of the husband, even though her income was reported as less than $20,000/annum while his was reported at $70,000/annum – a difference that would likely have resulted in at least some spousal support had the waiver not been in place.