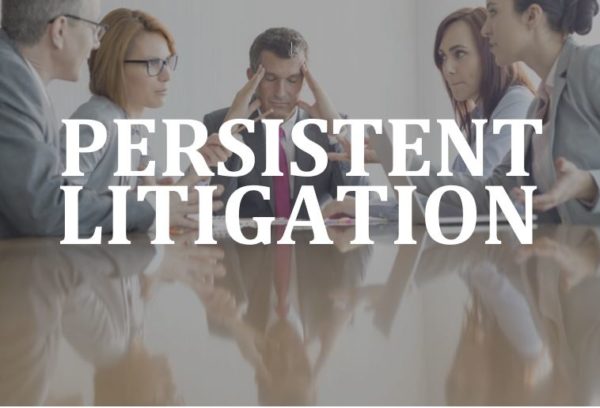 Persistent family law litigants who bring applications or motions to vary without pursuing them by consistently delaying proceedings are abusing the justice system and responding parties – and they typically don’t face any consequences, says Ottawa family lawyer Timothy N. Sullivan.

“There should be a rule of court to address parties who initiate proceedings but are unwilling or unable to resolve the dispute, even though it’s in court,” he tells AdvocateDaily.com. It’s a problem when the responding party does not have the resources to force the matter to a termination.

“As it is now, a party with greater financial resources can start an application or a motion to vary, and they may be complying with all the rules, but the result is that the case can be prolonged for four or five years. Specifically, parties who move for variation with no intention of resolving the case and just keep moving it from case conference to case conference are a problem. I think it’s one of the hallmarks of this misuse of court resources, in fact.”

Sullivan, principal at SullivanLaw in Ottawa, says each step of any process carries legal expenses to clients, but there are few costs consequences against an abusing litigant. Canvassing dates with opposing parties, requesting adjournments, filing confirmations and attending court to argue for legitimate adjournments are expensive to clients.

“The ‘point ones’ and ‘point twos’ on a legal bill can add up, which can be a huge burden for the party with fewer financial resources,” Sullivan says.

“While costs awards in family court are often low — certainly the whole costs regime in Ontario is never a 100 per cent recovery — costs should bear some resemblance to the court’s interest to dissuade abusive applicants.”

And while such a party doesn’t necessarily meet the court’s threshold for a vexatious litigant, which could result in a matter being dismissed or stayed, some parties are abusing court resources and imposing a significant financial and emotional burden on the opposing side, he says.

“Sometimes that’s the point,” he added.

It’s an issue to which the courts should be paying closer attention, says Sullivan.

“Rules of court have to be more closely followed and enforced and costs have to have some bearing on parties who are misusing the court system,” he says. “Vexatious litigants and nuisance suits are often more readily recognized and dealt with in civil court than in family court, where there is presumed to be more ‘emotion’ involved.

“I’ve seen motions brought without leave even though the party had been ordered to obtain leave beforehand, because they’re still allowed to serve and file documents – and so the process continues,” he says. “The order requiring leave before a motion is filed is not always well-defined or binding on the court staff to refuse material.”

Sullivan says without clearly-defined rules relating to this type of party, the persistent-but-go-slow-to-no-end litigant, there is little a court can do, even if there is a perception of abuse.

“There has to be an actual breach of the rules or a court order to give jurisdiction to a court to dismiss a case,” he says. “Even then, courts tend to want to determine the case on the merits and avoid the technical dismissals as much as they can,” Sullivan says.

He notes that even when it comes to the expiry-of-time rules that can lead to a case being dismissed by the Registrar, it doesn’t stop a party from bringing the matter back again six months later.

Ultimately, more needs to be done to curtail these types of cases, Sullivan says.

This piece originally appeared on AdvocateDaily.

Share to
Related Articles
7.5 tips for choosing a family lawyer in Ontario
Collaborative divorce: Because divorce doesn’t have to be difficult and stressful
Life insurance: How it affects spousal and child support
Child support: What happens when the child goes to university?