Bankruptcy: Not a tool for avoiding costs incurred in family law 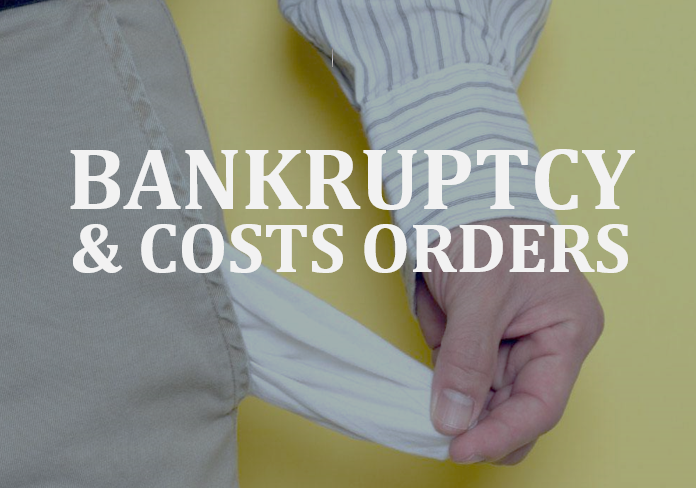 Custody battles can be costly.

Family lawyers see this kind of situation all too often: A protracted custody and access battle between divorcing parents goes on far longer than it should, typically because one or both parties escalate situations restrict access or bring motions when a conversation should have sufficed.

The result, in addition to years of worry, stress and bad feeling, can often be substantial legal costs. And when one parent is deemed to have been in the wrong, the court will award costs to the other parent, on the theory that the in-the-wrong parent forced the in-the-right parent to spend money on legal fees that they shouldn’t have had to bear.

That’s what happened in this recent Ontario case.

Family law costs can be obtained from usually-exempt assets.

After almost a decade of legal wrangling, and an initial award of $400,000 in costs to the father (reduced to $200,000 on appeal), the mother declared bankruptcy, and assumed that this would prevent the father from pursuing the debt for costs under the automatic stay under the BIA (Bankruptcy and Insolvency Act).

However, a three-judge panel of Ontario’s top court upheld the lifting of the stay, and said that the father could in fact pursue the $200,000 from normally-exempt assets such as RRSPs.

“The bankruptcy regime includes s. 69.4 and the ability of the court to lift the stay in favour of a particular creditor in prescribed circumstances. The use of that provision in these circumstances does not denigrate the regime. In this case, there are sound reasons, consistent with the scheme of the [BIA] to relieve against the automatic stay,” they wrote.

“Maximizing returns to the family unit as a whole, not just the bankrupt, is identified by [the Supreme Court] as a policy objective of bankruptcy law. This is the effect of lifting the stay and allowing the creditor spouse, where it is equitable to do so, to realize against exempt assets of the bankrupt spouse, which are not available to other creditors in the bankruptcy,” the decision continues.

Unpaid cost obligations should be avoided.

Judges are sometimes reluctant to enforce costs orders by striking pleadings or granting stays in family court, because the issues are more complicated in a family than they might be in a civil litigation case.

It’s up to everyone involved in the process – the parents and the lawyers on both sides – to do what they can to ensure that the family bond is maintained and neither parent over-litigates in an effort to ‘punish’ the other. Because whatever happens, and whoever ends up with the $200,000 or a liquidated retirement fund, everyone in the family suffers.